President Zuma has sacked South Africa’s finance minister in a wide-ranging reshuffle that detractors see as a bid to bolster his power base and smooth his exit as early as next year. 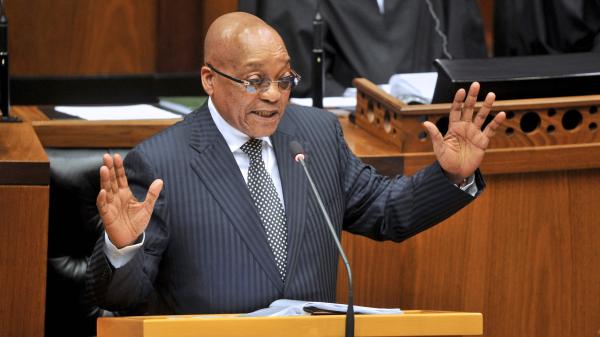 Pravin Gordhan was dismissed along with his deputy, Mcebisi Jonas. Both had been widely praised for their careful stewardship of the economy despite Mr Zuma’s increasingly erratic leadership.

The rand fell sharply in response to the move, which had been widely touted for days.

Nine other ministers and their deputies were sacked; one had spoken publicly of their disillusionment over Mr Zuma’s scandal-prone leadership.

Mr Gordhan has been replaced by Malusi Gigaba, 45, a staunch Zuma supporter and the former home affairs minister. It had been feared that Mr Zuma would try to install an unknown crony with close ties to the business allies who are said strongly to influence his decisions.

However, Mr Gigaba is also alleged to be close to the same business allies and has no background in economics.

There was widespread dismay about the appointment of Fikile Mbalula, 45, as police minister in a country experiencing ever higher levels of violent crime in recent months. Mr Mbalula was widely scorned when he was sports minister and gained a reputation as a playboy after his police bodyguards complained to their union that he kept them up all night partying.

Mr Zuma’s reshuffle came after days of drama that culminated in the reports yesterday that he had struck a deal that would allow him to sack Mr Gordhan, despite internal opposition to the move, in return for promising to step down early next year.

A growing number of Mr Zuma’s critics from within his own party questioned why Mr Gordhan, who was credited with staving off a recession and a credit ratings downgrade, was being targeted when many ministers who have been found guilty of mismanagement and incompetence have been allowed to remain in their posts. Some of those were promoted last night.

Mr Zuma, 74, a spy chief for the ruling ANC during the apartheid era, has survived a series of scandals by constructing an elaborate patronage system at the heart of government. However, senior ANC sources said that his handling of the Gordhan saga had proved a step too far for many. “You get to a point where you think, ‘Why should I continue this?’ ” one said.

Mr Zuma has served two terms as president of South Africa and is due to remain in office until national elections in 2019, although his successor as president of the ANC is expected to be picked at the party conference in December. Under the terms of the deal, he will hand over power shortly after the conference.

It was claimed that his cabinet colleagues might have walked out en masse had he not struck the deal. Such a move risked collapsing the government or allowing the opposition to win a motion of no confidence.