Fianna Fáil’s proposal to give the Central Bank power to cap variable mortgage rates is as necessary as ever given the lack of new competition in the market, according to Michael McGrath. 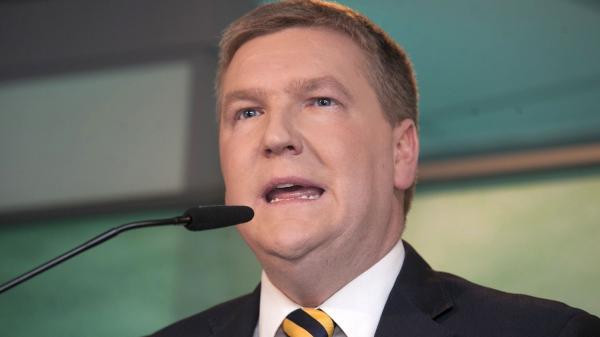 Mr McGrath said that rates had remained “unjustifiable” despite cuts introduced by banks over the past 18 months. The Fianna Fáil finance spokesman introduced the Central Bank (Variable Rate Mortgages) Bill last May in response to the abnormally high cost of variable rate mortgages in Ireland.

Recent figures from the Central Bank show that variable rate mortgage customers are paying 70 per cent more than the EU average. The average variable rate was 3.11 per cent in Ireland in 2015 compared with 1.82 per cent in the EU.

AIB has been the most proactive bank in cutting its variable mortgage rates having introduced four separate rate cuts over the course of a year and a half, the latest of which was announced last May.

Mr McGrath said that he was “firmly of the belief” that the bill would be of benefit to mortgage customers struggling under the burden of higher interest payments. “It’s absolutely still necessary that this bill passes into law. There has been some progress in terms of competition since it was first proposed but standard variable rates are still unjustifiable. I still think there’s a need for intervention in the market,” Mr McGrath said.

Pepper, an Australia-based lender, entered the Irish market last year through brokers and subsequently, in November, directly to borrowers. Frank Money, a Dublin-based lender founded by Colin Cunningham, a former Danske Bank executive, was also expected to enter the market but has not yet begun lending to Irish consumers.

The country’s consumer watchdog, the Competition and Consumer Protection Commission (CCPC), earlier this week issued a strong rebuttal of Mr McGrath’s rationale for introducing the standard variable rate bill. In its submission to the Oireachtas finance committee the CCPC expressed “serious concerns” in relation to the bill, which it warned would limit competition in the market to the detriment of the consumers it sought to protect.

“Supplanting the decision-making ability of banks on their lending rates with that of the Central Bank would likely increase both pricing and strategic uncertainty among existing mortgage providers and most likely render the market less attractive to new entrants,” the watchdog said.

It is unclear how long this process will take, according to Mr McGrath, who added that he was satisfied with the independent advice the committee had received as to the constitutionality of the bill. Mr Noonan previously raised concerns that it may be unconstitutional and said that rates could only be reduced by encouraging additional competition in the market.

The bill has two further stages to pass through before being sent from the Dáil to the Seanad for consideration before it can be enacted.