After a torrid few months Bovis Homes is in need of a firm hand and an experienced boss who can get the housebuilder back on track. 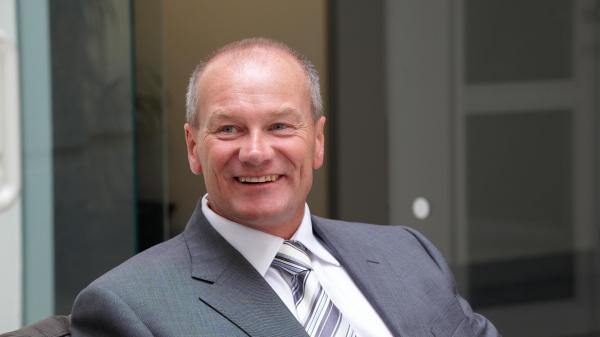 The under-pressure group has turned to Greg Fitzgerald, a veteran housebuilder, who has survived three recessions during his career and has more than three decades of experience under his belt. Mr Fitzgerald, 53, was the chief executive of Galliford Try for about ten years before stepping down in 2015. He won plaudits for helping the construction and housing group weather the financial crisis in 2008 that triggered one of the worst downturns in Britain’s housing market in history.

One of Mr Fitzgerald’s big calls was to undertake a rights issue to raise £125 million in 2009, right at the bottom of the housing market. The seemingly risky bet enabled Galliford Try to buy up large tracts of land in the southeast cheaply and to build new homes. Within three years it had doubled the size of its housing division.

The executive, who likens himself to an entrepreneur rather than a “large company PLC bod”, also moved swiftly during the downturn to contain costs in the group’s construction division but without cutting so deeply that it lost its capabilities in the area. Anthony Codling, an equity analyst at Jefferies, has said that Mr Fitzgerald’s “strategic calls have been spot on since the 2009 rights issue”.

Mr Fitzgerald is originally from Barry Island in South Wales and left school in 1980 with only four O Levels, including one in domestic science, which the executive has said “was really just cookery lessons”. The poor O Level performance did nothing to dim the career of the Welshman, however, who after spending his first year out of school washing dishes at the Dart Marina hotel in Dartmouth — “the worst job in the world” — began work as a trainee estimator at Midas Construction.

During his work at Midas he received his technical building certification at South Devon Technical College. In his career, so far, he really only ever worked at one company as Midas was sold to Galliford in 1997 and then merged with try to become Galliford Try in 2000. Mr Fitzgerald was appointed to the board of Galliford Try in 2003 and became chief executive in 2005.

Mr Fitzgerald has said that when he first became chief executive he was “practically walking on water” as the housing market was booming for the first two or three years, but then in 2007 the market completely crashed. After pulling through the crisis Mr Fitzgerald decided to step down aged 50 amid rumours that the straight-talking “wheeler dealer” had fallen out with the board of Galliford Try.

At the time the boardroom bust-ups became public he said in an interview: “I’ve not got my head up my arse — I’ve come from humble beginnings. I’ve worked bloody hard and the people who are around me probably are of a similar ilk. Our board meetings are quite healthy, heated affairs, and no one’s ever had a problem with airing their opinion.”

When Mr Fitzgerald, whose father was in the Royal Navy, joins Bovis he will be up against his old company Galliford Try where members of his family, including two daughters and a grandson, still work. Mr Fitzgerald, who claims he has never read a book in his life, is married with two daughters, one of which is a firefighter.