Tax receipts for the first three months of the year were €282 million below the government’s expectations, mainly because of lower USC receipts. 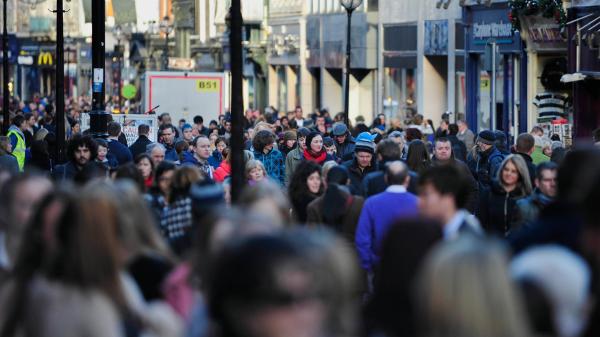 Exchequer returns released by the Department of Finance show that there was a €903 million deficit for the first quarter, which is a €266 million improvement on the same period last year.

The government will release its stability programme update next week which will outline projected revenues and expenditure. Officials at the Department of Finance yesterday sought to downplay any potential significance of the shortfall for January to March.

John Palmer, a senior official at the department, said that lower DIRT [deposit interest retention tax] receipts partially explained the gap. He said the department would have to look into lower USC revenues as the fall did not chime with higher PAYE receipts and an increase in employment numbers.

Ireland’s economy has been the best performing in the EU for the past three years, boosting the tax take. In October’s budget, Michael Noonan, the finance minister, forecast that tax revenues would grow by 5.2 per cent in 2017. Revenues were only up 3.2 per cent year-on-year by the end of March due to lower than expected returns from income tax, corporate tax and excise duties.

Corporate tax, the bulk of which is paid in later months, was responsible for much of the overperformance during the past two years. The latest figures show that corporate tax receipts for the three months were €520 million, €177 million below the government’s forecast and €134 million below the same period last year.

Conall Mac Coille, chief economist with Davy, said that it was too early to discern any trend in the public finances. “Accounting for a timing effect relating to the country’s EU budget contribution, Ireland’s public finances were close to €200 million behind budget targets in the first quarter of 2017. Weak income and corporation taxes were the main culprits,” Mr MacCoille said.

“However, the fact that the unemployment rate fell to 6.4 per cent in March suggests that this weakness may be temporary. Corporate tax revenues are always volatile, so it is too early to be overly concerned by the €200 million shortfall in the first quarter.”

In contrast, VAT returns were up by over 17 per cent year-on-year, or 3.4 per cent better than expected.

The government is aiming to cut the deficit to 0.4 percent of gross domestic product this year as it moves towards its first balanced budget in a decade. “Receipts are up on the same period in 2016 and today’s figures from the Central Statistics Office, which show the unemployment rate for March 2017 is down to 6.4 per cent, help to explain this increase,” the finance minister said.

“However, receipts are slightly behind expectations for the year to date. The Department of Finance will monitor that and the government will ensure that taxes can be set at an appropriate level and vital public services can be paid for. In fact, the draft stability programme update is to be published next week and this will revise the economic and fiscal forecasts.”