Growth in the dominant services sector hit a three-month high in March, beating expectations of a slowdown, according to one of the City’s most closely watched economic indicators. 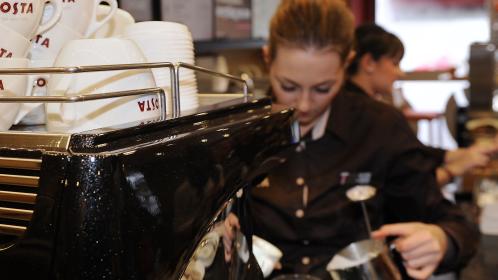 The IHS Markit purchasing managers’ index for the sector that makes up 80 per cent of the economy, ranging from hotels and restaurants to cinemas, theatres and financial services, rebounded in March on the back of stronger domestic demand.

The increase in activity came despite the sharpest rise in prices in eight and a half years as the higher cost of imports was passed on to customers. Businesses said that resilient demand had given them scope to pass on some of the increased costs.

Service providers also recorded the sharpest increase in new business for three months and said that increased confidence on the outlook for the global economy had helped boost sales in March.

However, growth in the services sector is being supported by financial services rather than consumer spending, as shoppers cut back on luxuries.

The survey showed that the worst performance so far this year has been in consumer-oriented sectors, most notably hotels and restaurants but also sports centres, gyms and hairdressers.

Chris Williamson, chief UK economist at IHS Markit, said: “Much of the disappointment in growth so far this year has been evident in consumer- oriented sectors, in part linked to spending and incomes being squeezed by higher prices.”

This slowdown is likely to become more apparent as inflation looks set to rise to 3 per cent this year at a time of sluggish wage growth.

The survey also showed the weakest rate of staff hiring since August last year, while some businesses said that squeezed margins and rising wage bills had led to them choosing not to replace people who had left voluntarily.

Jeremy Cook, chief economist at World First, an international payments company, said: “While the headline index number may have rebounded from a five-month low in February, there is little to be enamoured with in this reading of the UK’s most important sector.

“Consumers are under pressure, services sector companies that cater to them are weaker and margins are likely being pressured further.”

Mr Williamson said: “The upturn fails to change the picture of an economy that slowed in the first quarter. The relative weakness of the PMI survey data compared with that seen at the turn of the year suggests that the economy will have grown by 0.4 per cent in the first quarter, markedly lower than the 0.7 per cent expansion seen in the fourth quarter of last year.”

Growth of 0.4 per cent would be in line with the most recent Reuters poll of economists, but would be slower than the 0.6 per cent predicted by the Bank of England.

? Eurozone businesses enjoyed their best quarter in six years at the start of 2017 in a broad-based improvement, according to the IHS Market composite purchasing managers’ index (Marcus Leroux writes).

Rising demand allowed companies to raise prices at the fastest rate since mid-2011 and IHS Markit said that the data pointed to first-quarter economic growth of 0.6 per cent.

The index, regarded as a good guide to growth, rose to a near-six-year high of 56.4 in March from February’s 56. A figure higher than 50 indicates growth.