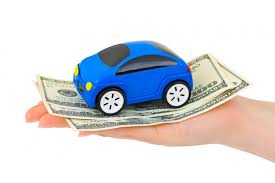 Customers with deals started in 2007, just before the credit crunch, face potential shortfalls of up to £10,000 according to industry sources.

The Finance and Leasing Association (FLA) says about 433,000 new cars were purchased by consumers on personal contract purchase (PCP) or hire purchase (HP) agreements in 2007, which allow you to buy using a loan secured against the future value of a vehicle.

Those on PCP deals are protected by a guaranteed minimum future value which means that even if the car is worth less than their outstanding debt, they can hand the car back and walk away with nothing to pay.

However, consumers with some “hybrid” HP deals have no such protection, which means that if their vehicle is worth less than the debt, they face a bill to cover the shortfall.

Helen Saxon of the FLA said: “Some finance companies do offer the option at the end of a HP deal to sell the car. Any proceeds will be counted towards the final payment.”

The problem is set to get worse with values for some cars having slumped over 50% in 2008 against the typical 15-20% decline, according to car valuation specialists CAP.

Those who bought using hybrid HP schemes in 2007 will be the worst affected. Adrian Rushmore of Eurotax Glass’s, another specialist in car valuations, said: “Estimates for residual values \ reached their highest point in 2007. Everyone was looking at the future through rose-tinted spectacles.”

The Financial Ombudsman Service has reported a 124% increase in complaints about HP agreements in the first quarter of this year compared with the first quarter of 2008. A spokesman said: “Complaints related to people feeling they were misled about the future value of their vehicles and what they would owe at the end of their loan period.”

David Lam, 49, a commodities trader from Southport, Lancashire, bought a £32,350 Volvo C70 from his dealer Stratstone Volvo in March 2007. He was assured by a saleswoman that his contract, with HBOS, was a PCP deal and that he would have guaranteed minimum future value protection.

Stratstone Volvo deny they misled Lam and say the saleswoman who sold the contract no longer works for the firm.

There is some evidence that the used car market is recovering as cash-strapped consumers look for second-hand bargains. Parker’s, a second-hand car specialist, highlights a new two-litre Citroën C5 Tourer being offered at £18,495, while a one-year-old version was being sold for £19,000.

But any recovery will not be enough to cover the shortfall in residual value predictions in 2007, according to Rushmore, who added that the phenomenon of second-hand cars being more expensive than new ones is likely to be a short-lived market correction.