One of the banks under investigation for mistreating tracker mortgage holders sought to have customers who complained to the ombudsman excluded from the regulator’s investigation, it has been claimed. 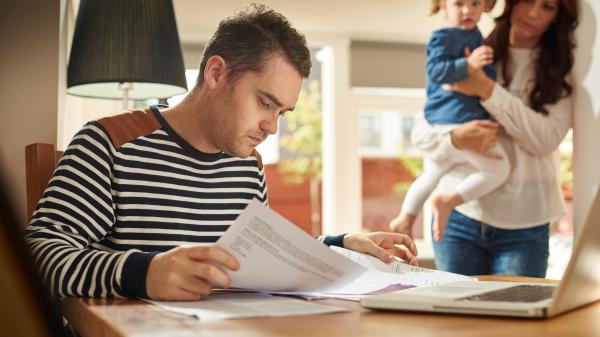 Ger Deering, the financial services ombudsman, said he was aware of one lender which had attempted to exclude customers from the Central Bank’s industry-wide probe. To date, as many as 15,000 customers are known to have been either overcharged or incorrectly denied a tracker mortgage by their bank.

Tracker mortgages, which are priced off the European Central Bank’s baseline interest rate, have been far cheaper than variable or fixed rate loans in recent years due to historically low interest rates.

Mr Deering, who appeared before the Oireachtas finance committee yesterday, said one of the 15 lenders caught up in the scandal had sought to block the Central Bank from intervening in instances where a customer had complained to his office about their mistreatment.

“I became aware early in 2016, from correspondence sent to a complainant . . . by her bank that at least one bank proposed to exclude customers who had brought complaints to the Financial Services Ombudsman (FSO) from the examination.

“On becoming aware of this I wrote to the CEOs of all the banks informing them that I was firmly of the view — a view which is shared by the Central Bank — that no mortgage holder that made a complaint to the FSO should be treated any differently with regard to the examination by virtue of having made such a complaint, regardless of the outcome.”

Mr Deering said that he had subsequently received such assurances from the chief executives of the relevant lenders.

The ombudsman has received 1,600 tracker mortgage complaints since 2008, 400 of which it is still dealing with. All cases are currently on hold pending the finalisation of the Central Bank investigation.

Mr Deering said he has temporarily suspended his work so that customers would have another avenue through which to pursue their complaint if they were unhappy with the outcome of the Central Bank’s probe. He warned that he “won’t be found wanting” in protecting the interests of consumers affected by the tracker scandal and added that he expected he would have complaints to deal with once the Central Bank investigation is finalised.

Separately, AIB yesterday confirmed it has identified a further 400 affected customers in addition to the 2,600 borrowers it previously announced.

Mark Bourke, the chief financial officer at AIB, said the bank would be returning the 400 customers to the correct rate in the coming weeks.

Mr Bourke said he was confident the bank has now identified most of the affected customers but conceded that the number could still rise in the coming months.

“We never locked down the definitive number because, until the programme finishes, we can’t say that. I think our confidence that we have the cohorts and understand them is high but ultimately the Central Bank is the authority that determines if we’ve done this correctly.

“Until all those checks have been completed I couldn’t give you a definitive statement on [whether the number of affected customers will rise further] but we’re working through a second significant tranche [of customers] at this stage.

“There will be more in the second [tranche] but we are comfortable that based on our assessment we’ve got the significant number at this stage and we kind of know how it should evolve but we are saying it [will be] the end of the year before we get there,” Mr Bourke added.

The bank is satisfied the €192 million it has set aside to deal with the issue will be sufficient to cover the full cost of redressing customers, he said. AIB has spent €93 million to date.

Bernard Byrne, the chief executive of AIB, said the lender had found no malice in the bank’s mistreatment of tracker mortgage customers.