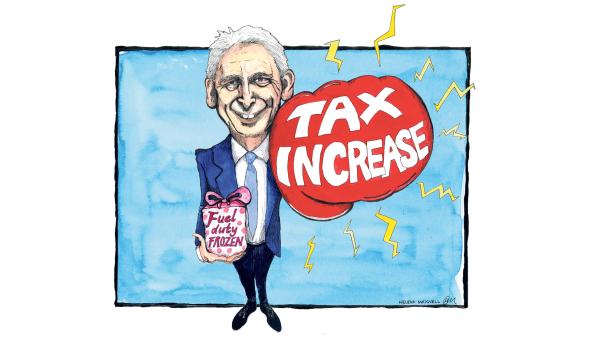 The number of uninsured drivers on the road will rise after the government’s £13bn insurance tax grab, according to the head of the Motor Insurers’ Bureau (MIB), which compensates accident victims.

Insurance premium tax (IPT), which affects home, car, pet and private medical policies, will rise from 10% to 12% next June, under changes in last week’s autumn statement. It will be the third increase in less than two years; just 13 months ago the rate was 6%.

The combined rises will, on average, add almost £200 to the cost of cover for someone with a car, home, pet and private medical insurance policy, according to the Association of British Insurers. Insurers pay the tax but the cost is passed on to customers. Over five years, the tax rises will add about £13.1bn to Treasury coffers, according to official figures.

Critics say the rises in IPT are a result of the Tories’ manifesto pledge before the May 2015 general election not to increase VAT, national insurance or income tax. The manifesto made no mention of IPT, so it is a tax that can be increased without breaking this promise.

Simon McCulloch, director of comparethemarket.com, said: “The seemingly neverending rise of IPT suggests drivers are being viewed as a cash cow.”

The increase could also encourage more motorists to drive illegally without cover. About 1m motorists — 300,000 of them aged 17-29 — drive without insurance, according to the MIB. It estimates uninsured and hit-and-run drivers kill 120 people and injure 29,000 every year.

Ashton West, chief executive of the MIB, told Money: “We believe our efforts in recent years to tackle the problem [of uninsured drivers] have made a real difference. Now that progress is being undermined.

“Ultimately, the bill for uninsured driving is paid by all honest motorists who fund the compensation for thousands of victims each year who are involved in accidents caused by uninsured drivers.”

The average motor insurance policy is £30 a year more expensive due to claims made by victims of uninsured drivers, according to the MIB. It is funded by the insurance industry, which raises its money from customers. This year its budget is £244m.

Ian Crowder of the AA said: “Insurance premium tax disproportionately penalises those who pay the highest premiums — typically young drivers who are least able to afford the first premium for their first car, which could be £2,000 or more. The tax burden on such a driver will be about £240.”

This is because IPT is charged as a percentage of the premium. The bigger the premium, the higher the IPT bill.

Crowder added: “We fear the hike in IPT will be the last straw for many young drivers who will choose not to bother about cover. The number of uninsured cars will rise and the cost to the industry will increase, thereby pushing premiums up further.”

What is IPT?
IPT applies to almost all insurance policies. A standard rate, currently 10%, applies to buildings, contents, car, pet and medical policies. A 20% rate applies to travel and home appliance insurance. There are some exemptions from IPT, such as life insurance.

The chancellor, Philip Hammond, said: “Insurance premium tax in this country is lower than in many other European countries, and half the rate of VAT.”

The IPT increase will offset savings expected from a freeze in fuel duty also announced last week. This will save a car driver £130 a year. The chancellor also announced a crackdown on bogus whiplash claims, which could see premiums cut by another £40 a year.

Crowder said: “Drivers will be nervous about opening the chancellor’s gift-wrapped freeze on fuel because they’ll get a punch in the face from the tax rise hidden inside.”

What happens if I am hit by an uninsured driver?
If you are in an accident and it is the other driver’s fault, their insurance will typically pay for your medical costs and vehicle repairs. This is why it is a legal requirement that everyone has at least third-party insurance.

If the other driver has no insurance and yours is comprehensive, you will have to claim on your own policy. You must pay an excess and may lose your no-claims bonus. If you do not have a comprehensive policy, you must pay for the repairs to your car yourself.

Some insurers, such as the AA, Direct Line and Churchill, offer extra cover by waiving excesses and protecting your no-claims bonus if you’re hit by an uninsured driver.

How can the MIB help?
If you have a third-party policy it covers only damage to the other person’s car. You may be able to submit a claim to the MIB to cover the repair costs to your own vehicle. The process can be slow, with complex cases taking a year or more.

If the MIB finds the incident was your fault, your claim will be rejected. You will be responsible for repair costs to your vehicle and the other driver’s. Your third-party insurance should cover the cost of repairs to the other vehicle. The uninsured driver can still be prosecuted for driving illegally without insurance and police have the power to seize and crush their vehicle.

How does anyone know I’m insured or not?
The MIB holds a database of all insured drivers and the Driver and Vehicle Licensing Agency has one for all registered owners. The databases are used by the MIB and police to identify motorists who may be driving without cover. The MIB issues 14,000 warning letters and police seize nearly 2,500 uninsured vehicles a week.