Home > Globalization > Global wealth declines, but the rich get richer

Global wealth declined for the first time since the financial crisis in the past year but the richest 1 per cent keep getting richer, according to a report by a leading investment bank. 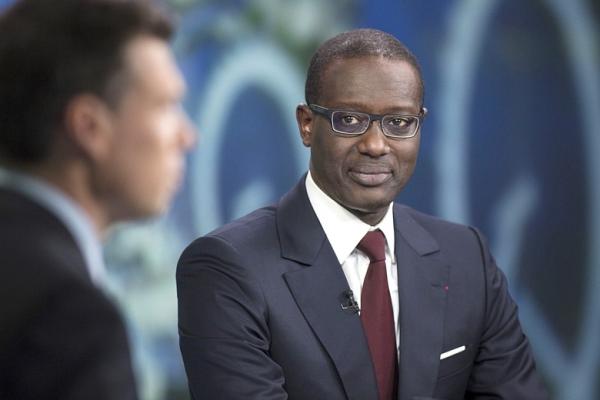 Net global wealth was down 4.7 per cent in the year to June 2015, according to a report by Credit Suisse. Despite the drop, half of all global wealth is concentrated in the hands of the top 1 per cent of the world’s population.

The Zurich-based bank predicted that global household wealth would grow by 6.6 per cent annually in the next five years, slower than the 7 per cent it estimated last year.

The trimmed forecast comes amid concerns that global economic growth is slowing and remains too fragile for policymakers at either the US Federal Reserve or the Bank of England to raise interest rates from historical lows.

Worldwide, the average adult had ,400 last year, down 6.2 per cent year-on-year according to Credit Suisse’s Global Wealth Report, now in its sixth year. Global net household wealth was down 4.7 per cent to $250.1 trillion.

Not everyone is worse off, though.

There are now more than 123,800 people with more than $50 million — what the bank called “ultra-high net worth individuals” — as the concentration of wealth in the hands of the world’s richest continues its post-crisis trend. The boom in the Chinese stock market helped to increase the number of Chinese multimillionaires. The country accounts for 8 per cent of the global total.

However, Credit Suisse estimated that about 3.4 billion people had less than $10,000.

“The theme of inequality that we analysed in last year’s report has far from reversed,” the bank said. “Wealth inequality fell up to 2007 but has increased since that time, with the global wealth share of the top 1 per cent of adults reaching 50 per cent by mid-2015.”

It also noted that, “while the number of millionaires has risen quickly, median wealth has stagnated since the financial crisis”.

In other words, while the world’s richest have accumulated more, those on middle incomes have seen limited gains.

Tidjane Thiam, the chief executive of Credit Suisse, said: “Notably, we find that middle-class wealth has grown at a slower pace than wealth at the top end. This has reversed the pre-crisis trend, which saw the share of middle-class wealth remaining fairly stable over time.”

In its analysis, Credit Suisse, the world’s fourth-largest asset manager, said that a rise in asset prices, including housing and stocks, had driven wealth inequality with those able to invest benefiting from a booming market since the height of the financial crisis. Globally, 46 per cent of the so-called ultra-high net worth individuals live in the United States, with 7 per cent, about 5,400, living in Britain.

Mr Thiam, who used to run the FTSE 100 insurer Prudential, noted that China’s booming stock market had helped to fuel huge wealth growth there but added that the recent collapse in share prices showed “vulnerabilities”.

“The fact that financial assets accounted for most of the wealth growth in China highlights the relevance of financial markets in the creation of wealth, but also points to short-term vulnerabilities of wealth to financial shocks,” he said.

The net fall in global wealth was caused by the strength of the dollar, which turned a $13 trillion rise in global wealth at constant currency rates into a $12.4 trillion fall. A strong dollar means that growth in other countries, particularly emerging markets, adds less to global wealth when measured in the US currency.

The strength of the dollar over the year to June has also given wealth inequality in the US, where it is more pronounced than almost anywhere else in the world, a bigger weight in the global picture.

Although a slowdown in its economy has been sending shock waves through global markets, household wealth in China increased by 7 per cent, slightly ahead of North America, which grew at 4.4 per cent, held back by a sluggish performance in Canada.

Both Europe and Asia (excluding China and India) suffered a double-digit percentage decline in wealth but the biggest fall was in Latin America, where Brazil, Argentina and Venezuela all slipped into recession last year and overall wealth was down 17.1 per cent.

However, the bank noted that, with exchange rates driving many of the declines, the “setbacks” could be reversed in the near future.

Mark Goldring, the Oxfam GB chief executive, said: “This is the latest evidence that extreme inequality is out of control. Are we really happy to live in a world where the top 1 per cent own half the wealth and the poorest half own just 1 per cent?”