More delays loom as Engie pulls out of Moorside 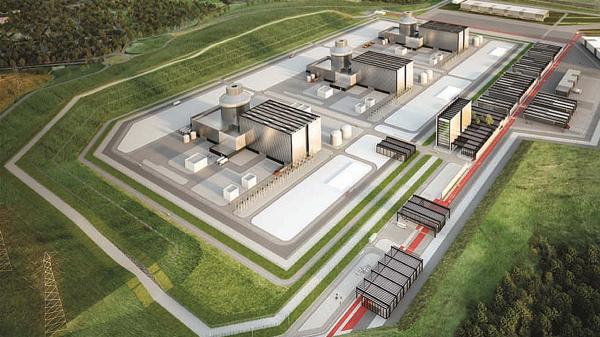 Plans for a new generation of nuclear power plants in Britain have suffered a new setback after Toshiba was forced to take full control of the Moorside venture in Cumbria.

Toshiba has been required to buy out the stake in the project that it did not already own by Engie, the French energy company.

Moorside, just north of Sellafield, is already far behind its original schedule. A planning application for the 3.8-gigawatt, three-reactor power station is targeted for this year, having originally been scheduled for 2014.

Engie, the former GDF, has exercised an option to sell its 40 per cent stake in the NuGen venture at Moorside to Toshiba, the majority partner. The option was triggered by the collapse of Westinghouse, Toshiba’s nuclear power plant business. Westinghouse filed for Chapter 11 bankruptcy protection last week, an insolvency procedure similar to going into administration in Britain. Westinghouse’s bankruptcy protection counts as a “default event” under its contract with Engie.

Toshiba, as the sole shareholder, is now looking for more investors to shoulder the burden of the £10 billion cost or to sell it. Toshiba will pay 15.3 billion yen (£111 million) for the stake.

The episode is the latest problem to hit Britain’s investment in a new generation of nuclear plants, which are intended to replace ageing nuclear and coal plants. EDF’s £18 billion Hinkley Point project was given the green light last year after the French government offered its backing.

Korea Electric Power Corp (Kepco) is a potential investor after its chief executive said last month that it was in talks to buy a stake in NuGen.

The Moorside plant, which is supposed to be online in the mid-2020s, will produce enough electricity to power six million homes, filling a key gap in Britain’s ageing energy infrastructure.

Greg Clark, the business secretary, is in South Korea this week in an attempt to secure future collaboration between the two countries.

A business department spokesman said: “The government is committed to new nuclear as an important part of our energy mix, having commissioned the first new nuclear power plant in a generation at Hinkley Point C.

“The NuGen consortium has always planned to bring in other partners to deliver the project and we engage regularly with a range of developers and investors.”

Engie said that it had taken the decision because the project “is facing some significant challenges”.

Toshiba said that the £111 million purchase price was equivalent to what Engie had invested in NuGen or the open market value of the stake.

Toshiba paid £85 million in late 2013 when it purchased a 50 per cent stake in NuGen from Iberdrola, the Spanish owner of Scottish Power. Toshiba was considered an ideal investor for the Moorside project because Westinghouse’s AP1000 reactor design had been given the green light by the regulator.

NuGen said in a statement: “NuGen’s board is fully focused on concluding this shareholding transfer from Engie to Toshiba to enable NuGen’s Moorside project to drive forward.”