Irish banks may have colluded to overcharge thousands of tracker mortgage customers, the Central Bank admitted yesterday as it confirmed that it had contacted gardaí over the scandal. 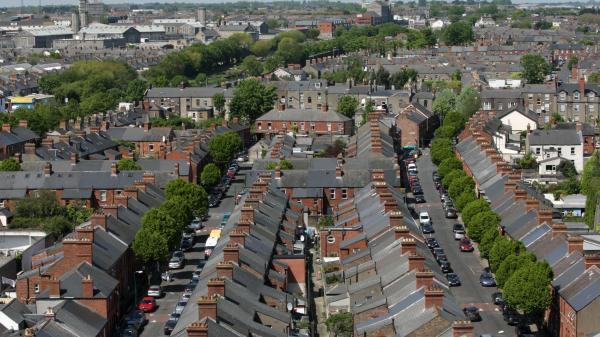 Philip Lane, the Central Bank governor, declined to rule out the possibility that financial institutions were operating together as he admitted that the practice was systemic across the entire banking sector and amounted to a “massive failure” in consumer protection.

Tracker rates move in line with the ECB baseline interest rate and have been considerably cheaper than other home loans over the past decade. As many as 22,000 Irish borrowers were overcharged by their banks over the course of a decade either by being denied a tracker mortgage or being moved off them incorrectly.

Mr Lane said that while it was possible that the banks may have collaborated, it was also the case that they may have decided to take similar action individually because there was an obvious financial incentive in doing so.

“I’m not going to rule out, until these examinations are concluded, the hypothesis of collusion but there was an economic imperative here for many of these banks. Essentially, I think what was happening was that they were trying to, [during] a period of financial stress, save money by charging customers, where they could, a higher, more expensive rate,” Mr Lane said.

He said there was “no doubt” that there was a a “systemic and widespread” aspect to the banks’ approach. “Underneath it all . . . this is a cultural issue which is interpreting contracts in favour of the lender and not in favour of the customer,” he said.

“Where these issues have arisen, it is clear that lenders have failed their customers. Moreover, I am acutely aware of the unacceptable impact that these failures have had on tracker mortgage customers, from the burden of paying more than they should, up to instances involving loss of ownership of mortgaged properties,” Mr Lane said.

Derville Rowland, the Central Bank head of enforcement, said that officials at the regulator had raised the overcharging of customers with the gardaí in “general terms”, but that no criminal complaints were made.

Pearse Doherty, the Sinn Féin finance spokesman, welcomed the bank’s confirmation that it had engaged with police. “This is something I have long called for. Indeed, a Dáil motion I tabled specifically called for garda involvement in this issue. I hope the engagement is genuine and involves a thorough exchange of information and not just a box-ticking exercise in the face of so much public anger,” Mr Doherty said.

The Central Bank has said it will consider taking enforcement action against individual bank officials found to be involved in the scandal as well as against financial institutions.

Michael McGrath, the Fianna Fáil finance spokesman, said it was clear that all the country’s main lenders had badly mistreated their customers in this case. He called for individuals to be held accountable at the end of the industry-wide inquiry should evidence of wrongdoing emerge.

The Central Bank’s inquiry has so far identified 9,900 customers who were incorrectly denied a tracker rate since 2009. Mr Lane previously said that he expected the total number to rise to 15,000. The review does not take into account another 7,100 customers identified prior to its launch in 2015, meaning that the total number caught up in the scandal is likely to reach 22,000.

Mr McGrath said that the final bill could total €500 million. “You are looking at a half-billion euro problem here,” Mr McGrath told Mr Lane during a sitting of the Oireachtas finance committee.

Mr Lane said that the number of affected accounts should be known by September but he warned that he was legally barred from naming and shaming the responsible banks, the number of mortgage accounts affected and how much compensation each lender has to pay. Lenders cannot be forced by the Central Bank to compensate homeowners for tracker problems prior to 2013.