The president of the European Central Bank has warned that a Fianna Fail bill which seeks to give the Central Bank of Ireland powers to limit variable mortgage rates could drive up the cost of other loans and stunt competition. 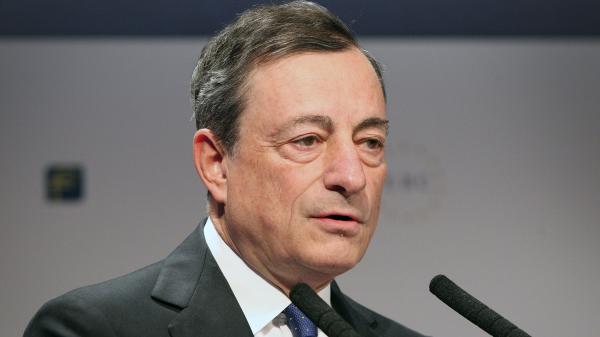 In a letter to Enda Kenny and John McGuinness, the Oireachtas finance committee chairman, Mario Draghi heavily criticised the bill and warned of several unintended consequences it could have on the Irish market.

Mr Draghi said that banks may compensate for the less profitable mortgages that they would have to offer by ramping up the prices of other loans.

“Furthermore, the possibility of restrictions on the maximum rate that banks are allowed to charge for variable interest rate mortgage could potentially render the market less attractive and discourage new entrants. This would lead instead to lower competition in financial services in Ireland, effectively defeating the purpose of the draft law,” Mr Draghi wrote.

Michael McGrath, the Fianna Fail finance spokesman, introduced the Central Bank (Variable Rate Mortgages) bill in May in response to the abnormally high cost of variable rate mortgages in Ireland.

Recent figures from the Central Bank showed that Irish variable rate mortgage customers are paying 70 per cent more than the European average. The average variable rate was 3.11 per cent in Ireland last year compared with 1.82 per cent in the EU.

The bill would give the Central Bank power to cap the rates banks could charge customers and prevent lenders from charging different rates to new and existing customers.

The government did not challenge the bill in the initial Dail vote but Michael Noonan has voiced concerns that it may be unconstitutional and warned that the Central Bank has no desire to be granted such powers.

Given the prevalence of variable rate mortgages in Ireland, such a scenario would effectively lock a large cohort of prospective homebuyers out of the market.

The ECB president said the bill made no effort to tackle the issues that motivated its introduction such as a perceived lack of competition in the market, nor did it address other potential root causes influencing variable rates in Ireland such as the large legacy portfolio of tracker mortgages on banks’ balance sheets.

He urged that extreme caution should be exercised when transferring the power to take commercial decisions from lenders to public authorities.

“The ECB seems to have little regard for the plight of ordinary consumers and completely ignores the fact that Irish mortgage consumers are being denied the benefit of ECB monetary policy. I would have thought the ECB would be very anxious to see consumers in Ireland benefiting from the historic low interest rate environment.

“The opinion is also coming from an organisation whose president threatened to set off an economic bomb in Dublin in 2011, during our bailout programme, if we didn’t pay billions of euros to unguaranteed senior bondholders all over the world,” Mr McGrath said.

The Oireachtas finance committee is awaiting legal advice on the bill and is due to meet Central Bank officials next month to discuss the proposed legislation.