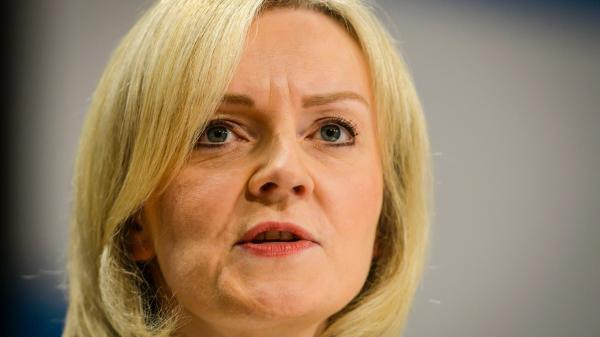 Increases of up to £20,000 in probate fees were thrown into doubt yesterday after a parliamentary panel of experts said that they were unlawful.

In a new blow to Liz Truss, the lord chancellor, an influential committee said that she might be overstepping her powers by introducing the charges, described by critics as a death tax.

The rises have the “hallmarks of taxes rather than fees”, the parliamentary joint committee on statutory instruments said, given that payments would increase from £155 to £20,000 for larger estates. The highly critical report said that the changes could breach the constitutional principle that there should be no taxation without the consent of parliament. It called for the proposals to “have the attention” of both houses.

The findings mean that the fees, which are due to come into effect next month, could be delayed if not scrapped. The report is the latest setback for Ms Truss, who was most recently criticised by judges for wrongly announcing that reforms sparing alleged rape victims from cross-examination were being introduced nationally.

The new scales are due to raise £300 million to fund the courts and tribunal service and replace the present flat-rate system of charges between £155 and £215.

In its report, the committee questioned whether “the lord chancellor may use a power to prescribe non- contentious probate fees for the purpose of funding services [the courts] which executors do not seek to use”.

Its findings will add to pressure on Ms Truss to look again at the charges. They also raise the possibility that the reforms — if instituted — could be successfully challenged in the courts.

The proposed fees were strongly opposed by almost all who responded to the consultation, and an online petition against them has gathered more than 30,000 signatures.

Claire Davis, the director of Solicitors for the Elderly, said: “We are delighted to see the select committee has confirmed what was clear from the offset — the government’s probate fee hikes are nothing more than a backdoor tax, and the Ministry of Justice has acted beyond its powers . . . Our hope now is that the government re-evaluates these fees and, at the very least, finds a fairer way of structuring them.”

The Conservative MP Jacob Rees-Mogg said: “This is very good news. I think it would be very hard now for the government to proceed with these proposals. They always seemed to amount to a stealth tax.”

Lord Beecham, Labour’s justice spokesman in the Lords, said: “This is to all intents and purposes a death tax . . . Labour peers have made it clear that we will challenge the order, prompting its withdrawal from the Lords this week. The ball is now in the government’s court.”

The enabling powers that the Ministry of Justice seeks to use are contained in Section 92 of the Courts Act 2003 and Section 180 of the Anti-Social Behaviour, Crime and Policing Act 2014.

It has told the committee that the 2014 act demonstrated “parliament’s clear intention that the lord chancellor may set certain fees above cost recovery levels in one part of the court and tribunal system in order to help maintain the efficient and effective operation of the rest of the system”.

The committee said that it was doubtful whether the act entrusted the lord chancellor with the power to impose charges of the “magnitude proposed by the draft order”.

The Ministry of Justice said: “Our plans to introduce new probate fees remain unchanged. We will introduce a fairer system, meaning over half of estates pay nothing and over 90 per cent pay less than £1,000. They will be considered in parliament after Easter, and come into force as soon as possible.”