Car insurance premiums are expected to rise after the government cut the discount rate used by courts in England and Wales to calculate personal injury damages. 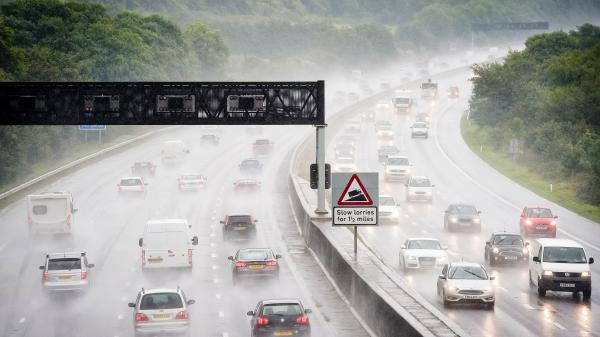 The move raises costs for insurers, whose shares fell sharply in early trading. Admiral and Direct Line dropped 8.3 per cent and 7.4 per cent respectively on the announcement.

Lump-sum payments to all personal injury victims — whether in the public or private sector — have been calculated on the assumption that recipients will get a 2.5 per cent return if they invest the cash. Liz Truss, the lord chancellor, has reduced this to -0.75 per cent. It is estimated that the change could add about £75 to the average motor insurance and that the NHS compensation bill could rise by around £1 billion.

Ms Truss said: “This is the only legally acceptable rate I can set.” She said that the law made clear that claimants must be treated as risk-averse investors since they are financially dependent on this lump sum, often for the rest of their lives.

The rate, also referred to as the Ogden discount rate, was set in 2001 and was based partly on the return then available on index-linked government stock. Yields crashed after the 2008 financial crisis, however. Victims have been losing out on hundreds of thousands of pounds and personal injury lawyers have threatened to take ministers to court for failing to update the rate.

Neil Wilson, senior market analyst at ETX Capital, said: “The change means that rather than paying 2.5 per cent less than the court decides insurers will have to pay 0.75 per cent above the payout.”

Admiral said this morning: “The reduction in the discount rate will have the effect of increasing the cost of personal injury claims.”

It said that the new rate would increase the cost of settling claims by £140 million to £175 million and would knock between £70 million and £100 million off its annual profits for 2016. The company had been due to publish its full-year results this week but has postponed this until next week to reflect the impact of the new rate.

Direct Line said that the change would reduce profit before tax by between £215 million and £230 million.

The Association of British Insurers said that the decision was “crazy”. Huw Evans, its director-general, said: “Claims costs will soar, making it inevitable that there will be an increase in motor and liability premiums for millions of drivers and businesses across the UK. We estimate that up to 36 million individual and business motor insurance policies could be affected in order to overcompensate a few thousand claimants a year.”

The cut in the discount rate will also have an impact on public services and employers.

The Times reported last week that payouts across the industry could increase by £6 billion a year if Ms Truss cut the new rate to present yields of about -1 per cent. Fees for the NHS Litigation Authority, which handles negligence cases for trusts, could rise by about £1 billion. At present its fees are around £1.7 billion a year.

About 2,700 people a year are awarded payments designed to compensate for a lifetime’s lost earnings and care costs.

Mr Evans said: “To make such a significant change to the rate using a broken formula is reckless in the extreme and shows an utter disregard for the impact this will have on consumers, businesses and the wider operation of the insurance market.

“We have repeatedly warned the government that this could lead to very significant price rises, with younger drivers in particular likely to find it much harder to get affordable insurance. It is also a massive own goal that lands the NHS with a likely £1 billion hike in compensation bills when it needs it the least. We need a fairer deal for consumers and claimants.”

Mohammad Khan, a partner at PwC, expected an increase of £50-£75 on an average comprehensive motor insurance policy, with higher increases for younger and older drivers – potentially up to £1,000 for drivers aged 18-22 and a £300 increase for drivers aged 65 and older.

Simon McCulloch, a director at comparethemarket.com, said: “The concern is that the discount rate change will see much of the money move from the pockets of motorists and into those of personal injury lawyers, who campaigned for it.

“The government should find a way of ensuring that all of the additional benefit goes to legitimate claimants, rather than simply to the lawyers, to achieve the purpose of the changes without unduly burdening motorists with further unnecessary insurance hikes.”