A former financial controller with Anglo Irish Bank has said he was surprised that external auditors never queried the annual refinancing of the bank’s loans to Seán FitzPatrick, its former chairman. 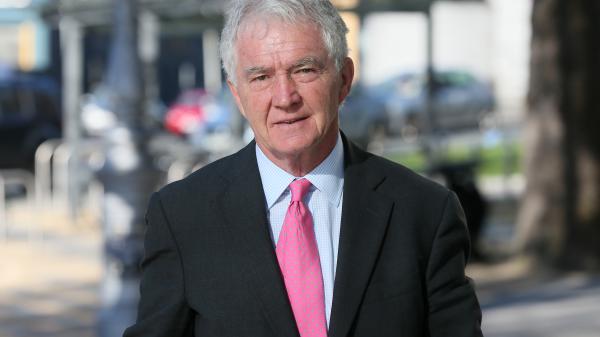 He said that it was an annual practice and was common knowledge. The trial also heard that the Central Bank never queried the loans to Mr FitzPatrick or the refinancing of them.

“If they had queried it, I would not have any issue speaking to them about it,” Mr Boyd said.

He testified that Anglo Irish Bank sent quarterly reports to the Central Bank disclosing the total value of directors’ loans and they could have seen the figure dropping annually in the final quarter when the refinancing was carried out.

It is the prosecution’s case that the amount of Mr FitzPatrick’s loans was “artificially reduced” for a period of two weeks around the bank’s financial end-of-year statement by short-term loans.

Mr FitzPatrick, 68, of Greystones, Co Wicklow, is accused of failing to disclose to auditors the extent of multimillion-euro loans linked to him between 2002 and 2007.

He has pleaded not guilty to 27 charges under the 1990 Companies Act. These include 22 charges of making a misleading, false or deceptive statement to auditors and five charges of furnishing false information.

Mr Boyd said that the 1990 legislation introduced new obligations on a bank to disclose the figure for the total amount of loans by the bank to its directors.

In 1995 some of Mr FitzPatrick’s loans were with a partnership of people who were not directors of the bank and there was a concern that the amount of their loans would have to be disclosed too.

A loan from INBS was paid into Anglo Irish for the purposes of refinancing Mr FitzPatrick’s borrowings from the bank. This was done in September prior to the bank’s financial end of year at the end of that month, which became an annual practice, he said.

“It was common knowledge. There was no attempt to hide it. I was surprised the auditors did not query it this year or subsequent years,” Mr Boyd said.

The witness said that he knew Kieran Kelly, the bank’s auditor from Ernst & Young, and said he would have told him about the refinancing arrangement if he had asked him.

“I don’t recall him asking,” he said.

Michael Walsh, the former non-executive chairman of INBS, told the trial that he would have expected the Central Bank or the financial regulator to know about the annual refinancing.

He described the refinancing of Mr FitzPatrick’s loans every September as “good business” for INBS.

“I never had any reason to believe there was anything untoward about the loans. Seán FitzPatrick was a very widely respected and leading businessman and known to have substantial assets,” Mr Walsh said.

“There were no concerns from the board. The loans were well secured and at a good interest rate,” he added.

He said that all the loans to the accused were recorded each year in the building society’s minutes, which were available for inspection. He said INBS duly reported them to the financial regulator and that the Central Bank would have been aware of the total figure for loans to directors.

In other evidence, the jury heard that Mr FitzPatrick told Anglo Irish’s board in December 2008 that he was resigning principally over the issue of the loan refinancing that had emerged.

He said the meeting was about the presentation of a substantial increase in the total amount of loans outstanding to directors in the 2008 accounts.

Mr Dukes said that Mr FitzPatrick had produced a handwritten note outlining the amount of lending to each director for the two financial year ends after he had sought an explanation for the increase.

The banker explained that “the loans were at arms’ length and on commercial terms”, Mr Dukes said.

Mr FitzPatrick told the meeting that “it had been his practice for some years to refinance his loans with other financial institutions coming up to the end of the financial year”. He announced his intention to resign the next day and tendered his resignation on December 18 at a board meeting.

“He indicated the principal reason for his resignation lay in the issue of the refinancing of his loans,” Mr Dukes said.

The trial continues before Judge John Aylmer and a jury.